Pick you up at Gondar Airport or your hotel, and drive along a good paved road from Gondar to the park headquarters in Debark. The 100 km journey will take around two hours. At the headquarters, we will arrange our permits to the park and pick up our scout. After that, we will drive for another hour before we start our first-day introductory walk. This first hike is an easy one along the northern edge of the escarpment with nice viewpoints over the foothills and plains of northern Ethiopia. You will encounter gelada baboon along this hike and overnight at Sankaber.

In the morning drive to Wenchi Crater Lake, via Ambo; Crater Lake is located on the mountain range between the town of Ambo and Woliso. This beautiful lake is situated at an altitude of about 3000m above sea level; the area is famed for its beautiful mountainous landscape, used partly as farmland and partly covered by natural forest. Wonchi contains hot springs, waterfalls, breathtaking valleys, scenery, and an island, an old monastery named Cherkos is found. Wonchi is a real paradise for trekkers,on this day you will trek for 3-4 hours and drive to Woliso
Overnight Lodge in Woliso

In the morning start driving to Jimma, 246km; Most of the territory is inhabited by the Oromo people. The Oromo are an ethnic group found in Ethiopia, in northern Kenya, and to a lesser extent in parts of Somalia. With 30 million members, they constitute the single largest ethnic group in Ethiopia and approximately 34.49% of the population according to the 2007 census. Their native language is Oromoiffa which is part of the Cushitic branch of the Afro-Asiatic language family.
Overnight Hotel in Jimma.

After breakfast start driving to Mizan Teferim, 240km; this is the place where coffee is believed to have originated. In fact, the name itself “Coffee” might have derived from the name of this old region called “Kaffa”. Morning visit to the famous Aba Jifar II palace. Abba Jifar II was king of the Gibe Kingdom of Jimma (reigned 1878 – 1932). He was the son ofAbba Gomoland Queen Gumiti.After the visit to Jimma; drive through one of the largest and the oldest natural forests in Ethiopia and also large tea and coffee farms
Overnight Hotel in Mizan Teferi.

In the morning Continue driving to Kibish 200km; The first part of this area is covered by dense pluvial rainy forest with different indigenous trees. The Agnuak people reside in the Dima district which is very near to Sudan. The Anuak are a river people whose villages are scattered along the banks and rivers of southeastern Sudan and western Ethiopia, in the Gambela Region. On the way, you will visit Bebeka coffee plantation, Ethiopia’s largest old coffee plantation.
Overnight Camping in Kibish.

After breakfast start exploring Suri (Surma) tribe’s villages; Suri live in a remote corner of south-western Ethiopia, virtually untouched by the modern world. According to Suri’s oral tradition, came to their present territory near Mount Naita about 200 years ago from the banks of the Nile River. The Surma have a sky god named Tuma. The Suri also believe in spirits and use medicine men to undertake sacrifices or prayers and directly send them to Tuma. Another belief of the Suri is the rainmaker. Piercing and lip plates are a strong part of the Suri culture. At the point of puberty, most women have their bottom teeth removed in order to get their lower lip pierced. Once the lip is pierced, it’s then stretched and a lip plate is then placed in the hole of the piercing.
Overnight Camping in Kibish.

In the morning start our journey to the village Tulgit; 20km; Where to camp this day depends on where possible stick-fighting is available. Normally stick-fighting takes place between Kibish and Tulgit. A sport and ritual the Surma takes extremely seriously is stick fighting. In most cases, stick fighting is done so young men can find wives. It is a way for young men to prove themselves to young women. To the Suri, the ideal time to stick fight is just after it rains. The fights are held between Suri villages, and the fights begin with 20 to 30 people on each side. Of these 20 to 30 people, all get a chance to fight one on one against someone from the other side. During these fights, there are referees present to make sure all rules are being followed.
Overnight Camping

In the morning drive Omo Park 115km; Drive through a very dense tropical forest until Adika. Then drive another 65km to the headquarter of Omo Park. Omo National Park is one of the National Parks of Ethiopia. Located in the Southern Nations, Nationalities, and Peoples Region on the west bank of the Omo River, the park covers approximately 4,068 square kilometers, about 870 kilometers southwest of Addis Ababa; across the Omo is the Mago National Park. Although an airstrip was recently built near the park headquarters on the Mui River, this park is not easily reachable.
Overnight Camp in the Park

After breakfast, Start a Game drive in the park to see its many animals around 306 species of birds have been identified here, while large herds of Eland, some Buffalo, Elephants, Giraffe, Cheetah, Lion, Leopard, Burchell’s Zebra and others.
Overnight Camp in the Park

Day 9: Activity Visit Nyangatom tribes and back to Kibish

In the morning start driving back to kibish on the way to visit the Nyangatom tribe’s village; these tribes are the other semi-nomadic pastoral society. Known to their enemies by the derogatory term ‘Bume’ (the smelly ones), the Nyangatom are proud cattle herders. Cow’s blood and milk form a major part of their diet and they are traditionally known for body scarifications and elaborate hairstyles symbolizing achievements in fights.
Overnight Camping in Kibish

In the morning start driving back to Mizan on the way stop to relax and enjoy the beautiful landscape.
Overnight small Hotel in Mizan Teferi

In the morning start driving to Gambella on the way visit the Menit, Yem, and Dizi tribes
Overnight Hotel or camp in Gambella.

Gambella N.P has a diverse set of Wildlife, Which the country shares with neighboring countries. Vast collections of plain games are observed and could arguably be one of the best wildlife areas in the country. Major wildlife conserved includes white-eared Kob, Nile Lechwe, Roan Antelope, Topi, and Elephant. The near threatened Shoebill and Basra Reed Warbler have been recorded from here back in the 1960s. The area holds 11 Sudan-Guinea Biome species holding 69% of Ethiopia’s total assemblage for this category. The park area is home to the Nuer and the Anuak people. Both sexes of the Nuer favor cicatrization, an adornment causing bumps in various patterns on their bodies. It is about 5060 sq. km in area. Originally the park was created for the protection of the extensive swamp habitat and its wildlife. Located on the Akobo river system it hosts money wildlife not found elsewhere in Ethiopia. These include the Nile lechwe and white-eared kob. The banks of the Baro are rich in birdlife and thus give visitors an extra advantage.
Overnight Hotel or camping in Gambella

After breakfast drive to Nekemt: here You drive through the indigenous natural forests of Western Ethiopia and it is a good experience of the life of the local people residing in the region Continue driving through the beautiful scenery. Overnight local hotel or Camping in Nekemt Day 1: Semera - Danakil - Erta Ale The famous volcano with its bubbling lava lake and the rare possibility of experiencing the nomadic tribe living in this desert- the AFAR people, survivors and warriors in the hottest and one of the lowest places on earth! Today we... 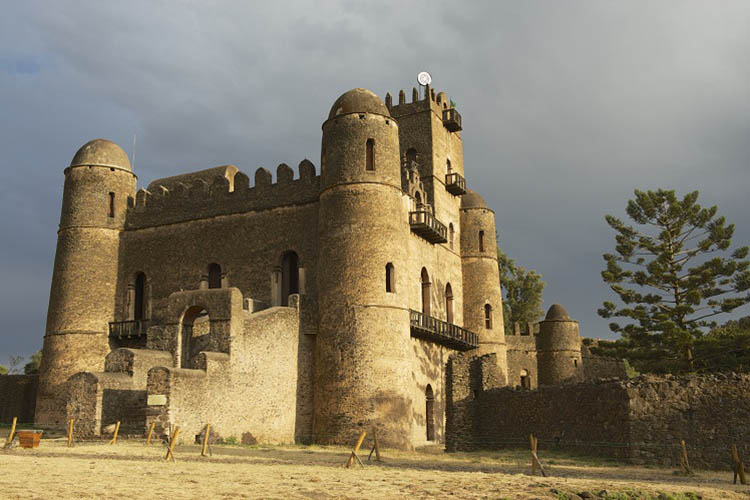 Day 1: Semera – Afdera Lake – Erta Ale Volcano After Breakfast you will fly to Semera, the capital of the Afar region, where you will be picked up at the airport by your expedition crew. From here it’s straight on to the Danakil Depression where you’ll reach the hot... 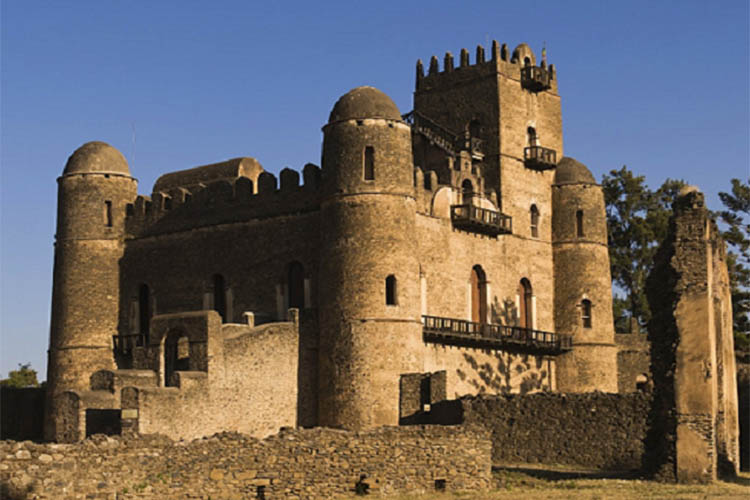 10 Days Tour to North Part and South Part of Ethiopia Overview Lalibela is a town in the Amhara region of northern Ethiopia. It’s known for its distinctive rock-cut churches dating from the 12th and 13th centuries, which are pilgrimage sites for Coptic Christians. Carved out of rock, the subterranean monoliths include...